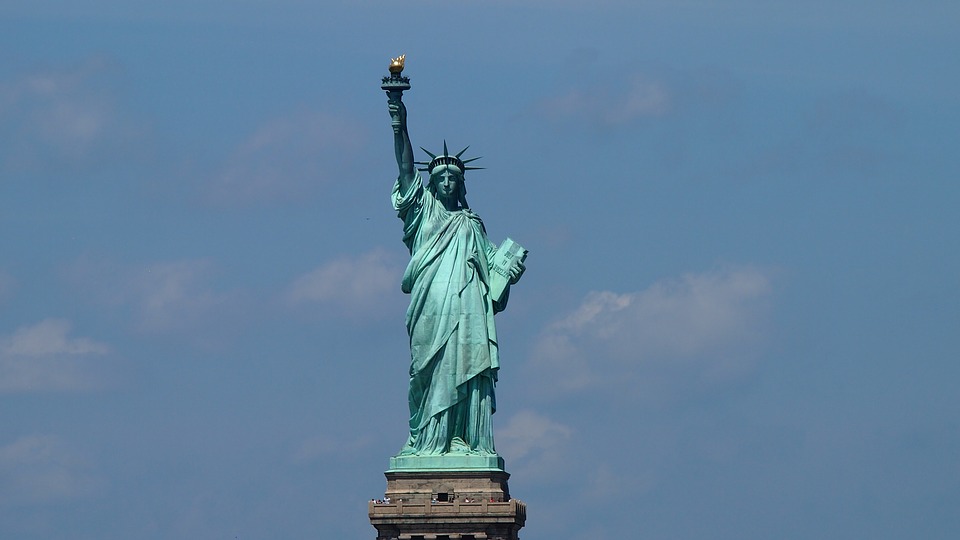 I woke up the other day and flipped on the TV. When I at last figured out the remote, the man on the screen told me we’re going to make America great again.
Great, I said, that sounds just, well, great! I mean, who doesn’t want America to be great? And even better, we’re gonna do it again!
So to make a long story short, I couldn’t wait.
But then I paused. And I thought: … umm, I thought, what exactly does that mean? America great again? After all, so much greatness to get back to. Our founding fathers and mothers, their struggles for independence and rights and opportunities. The moving out and homesteading, the plowing and planting of fields, the inventing and assembling, so much learning and exploring and discovering. And the more I thought along these lines the more it all sounded, well, great.
Yes, let’s make it great.
And yet, again?
You see, there was so much more in that again, that, alas, in my mind’s eye didn’t always appear so great-at least not to return to “again.” After all, we didn’t have that Bill of Rights so many talk about, not even the Constitution itself, from the get go. To say nothing of 13th amendment or 19th amendment or so many guarantees of so many basic rights for so many who we can all see are what America is and has always been. So much blood and sweat and legislation, a terrible archive reminding us that “again” might not always be so great.

Well you can imagine how torn I was. Didn’t know where to look, where to direct all that energy as I stared at my television screen, suddenly stalled in my enthusiasm to make us all so great, again and again. What to do?

And then I looked out my window and saw her. Radiant, bold, resolute. Keeping silent but steady fearless vigil over the dreams of all who would dare for greatness. Yep, it was her, Lady Liberty.
And she was calling.
As she always does. Can’t help it I suppose. Standing there frozen in the morning fog.
But the point is, looking out the window on that raised arm and defiant gaze it was no more abstract history lessons for me. Greatness, America itself sunk right there and then deep into my own middle-aged soul. And on cold leather seats it suddenly struck me: Where had I seen greatness? The American dream in all its real-life beauty, the pomp and majesty of sweat equity, and tragic tears, and, even sometimes shed blood? Where had America shown its greatness to me in my short lifetime?

Greatness? That was the dream of the parents of my blacktop schoolyard friends-Monica and Dolores, Jesse and Jesús. Danny and Sammy and Oscar. Carlos, Nadir, and Jonathan. All of them and their parents making their hard-scrabble way in the fields and then the factories and restaurants and convenience stores of 1970s L.A. In the third grade we grew up when Davis joined us just off the boat and then the plane from Vietnam and was terrified of the pirates on what we all considered the best ride at Disneyland.
Later in high school Davis’s compatriots built up Little Saigon just down the street from my family’s new digs. His generation filled my classes, raising our level and our vision. Closer to home, they were Yong’s Donuts, filling our neighborhood with the best Bear Claws and Apple Fritters in the county while their daughter filled fried dough with Bavarian cream and became a doctor, after which she and her friends moved up and in to the neighborhood of the donuts eaters themselves, satisfying now not only our appetites but sharing our community and our dreams.
In my adult decades, as I raised a family in the Midwest, America’s greatness was the neighborhoods, churches, and community centers built by the forerunners of my Southern Californian friends, generations of Germans, Poles, and Italians. More recently it was the Lebanese Gyro shop on the corner, this generation’s Yong’s with its owners own dreams for their three children, playing soccer with my kids yesterday, serving up hot heaping plates of Ghallaba today, and tomorrow off to college, all of us to build America, again.
Today I step out onto the street and look around and I agree, Let’s do it again. And again and again. I see the motley multi-cultural mix, the brilliant melt of faith and language and family and flair. The hair and the beads, the visors and the veils, the break-neck pace of so many arriving to join those who arrived already-yesterday and last year and last century. And I think on my own, welcomed nearly four centuries back by curious and cautious hosts, and look on the unequivocally foreign churches they built-still standing-in the village squares of New England. And I say, yes, let’s keep it great. Let’s make it great. Again and again and again.
Give us your tired, your poor, your huddled masses yearning to breathe free, the wretched refuse of your teeming shore. Yes, send them, the homeless, tempest tossed, to us, to me.
We’ll keep the light on.
‘Cause greatness is what we’re after.
Again. Once again.