Immigrating one by one

Immigrating one by one 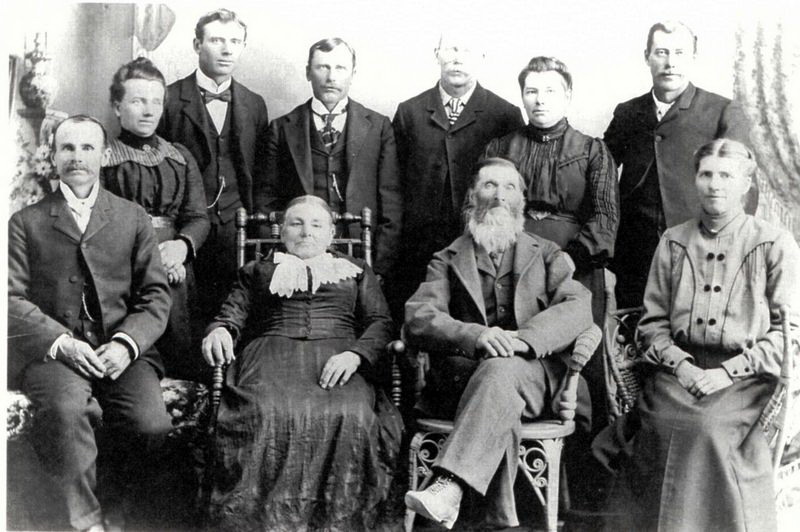 Sarah’s desire to come to America began one day on a walk home from working as a laundress in Wiltshire, England. She convinced her friend to stop with her and listen to some missionaries who were preaching in the street near her home. She was interested in what they were sharing. After further study, she decided to be baptized a member of The Church of Jesus Christ of Latter-day Saints. Following her baptism, she attended a small congregation near her home in East Grafton. As the years passed, her husband and many of her older children were also baptized. Eventually Sarah decided that she and her family should go to America.

The Gilberts did not have the means to leave their small home in England and travel to America. They had barely enough to subsist on. They would need enough money to book passage on a ship for each family member. They also would need money for food and travel west once they arrived in America. They would need enough to last until they reached their desired destination. So, they decided on a plan. They would go one by one. Their oldest son still at home, Elijah, earned enough to immigrate in 1872 and soon found work in Richmond, Utah. Next the family secured enough funds to send their oldest daughter, Eliza, with the James E. Talmage family in 1875. Daniel went in 1876 and then Ellen in 1877. As Elijah and Daniel worked on a farm in Logan, Utah, the family back in England continued to save. Eventually there were enough funds for the remainder of the family to travel.

The day finally came for Sarah, James and the five younger children to leave their home. That morning, a number of Jimmy’s friends arrived at his home with a farewell jug of beer to share. As the men drank, they began to warn Jimmy that crossing an ocean in a rickety sailing ship was a good way to die. Sarah was worried. They had worked so hard for their dream. So she gathered her children and said a prayer. Then she sent the two oldest boys, Jesse and Albert to head down the road with their things. With Charles, the baby, in her arms and Emily and James beside her, Sarah invited herself to the beer party and spoke to her husband. “Jimmy,” she said, “be ye going with me or be ye going to ‘bide here?” Jimmy looked up at her, stood up, took baby Charles into his arms and replied, “Sally, ‘spose I’ll go with ye.” And with that the family left their home in Inkpen, Berkshire, England.

After the long sea voyage, the family arrived at Ellis Island in 1878. There they declared that they were headed for Idaho in the western United States. The Gilberts traveled west and joined their two older boys. Within the year they established themselves in Fairview, Idaho, a little farming town on the southern border of the state. Generations later that family farm still operates: producing feed for the cattle that the family still raises for beef.