An Inspiring Life of Love and Service

An Inspiring Life of Love and Service 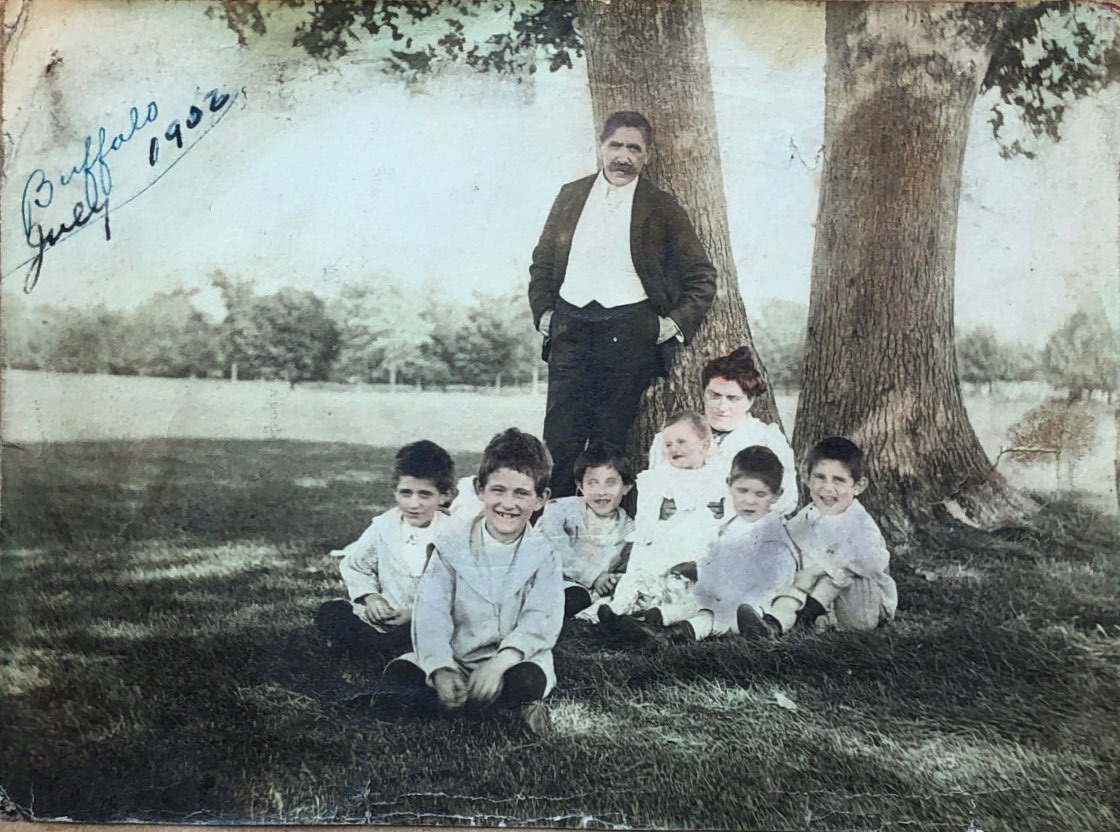 “A decade ago, one of the finest women I have ever known left a turbulent world for a well earned rest, her eternal sleep. She was my mother-in-law- “Grandmere.”

Her life was one, full to the brim; with love for her fellowman, and a cheerful and kindly word for all who knew her. For her family, her life was one of love and sacrifice, that her children might have shelter and the necessities of life. She worked early and late, never considering what it might cost her, in health, in years to come.” –Viola Chenard

I have always been fascinated by Family History. The hunt for long-lost family members across multiple countries, time periods, and struggles has taught me where I come from and how their influences and decisions have shaped my life. As a woman and mother, I look to the women and mothers who came before me for inspiration and fortitude. My great-great grandmother, Marie Germaine Ticier Chenard, is one of those ancestors that has influenced my life with her resourcefulness, kindness, and intelligence. As a mother of six children, I have taken the lessons that Grandmere learned in her life and have applied them to mine. Our ancestors connect us to the larger human family and to each other, and the more we learn about them, the more we learn about ourselves.

Most everything I know about her life comes from letters written by her son, Felix Chenard. He describes her life in great detail, perhaps embellishing some, but never shying away from mentioning her intelligence, love and kindness. Her legacy is that of an immigrant, an educated woman, and a mother.

Born in 1868 in Southern France near the Pyreness Mountians, Marie was raised by the nurses in the hospital where her father worked as a doctor after her mother died giving birth to her. As a schoolgirl, her family moved to Paris, and according to family lore, her father worked with the famous Louis Pasteur in his labs. She loved school and learning, and pursued education with a passion. Marie attended the Acadamie of Paris and later became an instructor of French Grammar at the University.

Her emphasis on the importance of education influenced my decisions to pursue an advanced degree, despite the anxiety of being the first in two generations to do so. As she carved a path of education for herself, she helped me do the same. I passed this love of learning to my children by spending long afternoons helping with homework assignments, projects, and studying for tests. I spent many nights reading chapter books, sitting in the hallway outside the kids’ rooms so they could all hear the story.

I was 19 years old and a sophomore in college when I met my husband. Even though I was young, I fell in love and knew I wanted to be with him forever. The thought of getting married young was scary, but I had peace knowing that the women who came before me had beautiful and successful relationships despite their circumstances.

Marie was introduced to her husband, Joseph Marie Chenard, by her sister. As an orphan, it fell to Marie’s guardians to guide her in her decisions. They essentially arranged her marriage to Joseph, whom she had only met once before they were married. They were quickly blessed with four young boys, during which Marie shifted her focus from education to raising her family and teaching them the many lessons she had already learned in life.

I was also blessed with children rather quickly while my husband pursued his medical degree. For every long hour he spent studying, I spent my time teaching and rearing my children. I persevered through the hard times and the lonely times. I worked hard to have the love and honor of my children.

In August 1898, Marie’s family moved to New York so Joseph could pursue his career as a manager for actors and actresses. She maintained her focus on education by enrolling her children in the neighborhood school. She never spoke English to her children, but taught them to read, write, and speak in perfect French. Despite moving several times during the next few years, she maintained her focus on her children. She made her family the center of her life; no matter where they traveled, she made their house a home.

She would add four more children to her family through all the moves. After moving to Buffalo and St. Louis—so Joseph could work at the World’s Fair in both cities—the family landed in California. They lived in Sacramento, San Francisco, and finally Los Angeles.

My husband David and I had two children under the age of 2 when he started medical school, and we moved from Utah to St. Louis, Missouri.. Three years later we moved to Ventura, California for my husband’s medical residency and had two more children. When David began working an actual 9-to-5 job in San Juan Capistrano, California, we had a total of six kids, with the oldest only 8 years old. Birthing, raising and loving six kids while my husband was spending 48-72 consecutive hours at the hospital was a physical and emotional challenge, but with it came the joy of developing individual and unique relationships with each of my children.

Like Grandmere, through the years my children have been my primary focus. And now as my children are getting married and starting families of their own, I hope that my children, their spouses, and my grandchildren will feel the same about me as her children felt about her. I hope to leave a legacy of perseverance, love, and kindness for my children and future generations akin to that expressed in this letter Marie’s daughter-in-law wrote after Marie’s death:

“As her family grew up and branched out into homes, her happiest days were when they all could be together for a few hours. When in need of her helping hand, she always came to help the one who called, gladly. It is in loving memory of her, that we meet, each year, in a reunion.

“The day of her funeral it was rainy and gloomy, till just as we arrived at the gates of Forest Lawn- the rain stopped, the sun came out and we entered the gates thru the beautiful rainbow arch in the sky, and the glistening rain washed trees. Her sons carried her gently to her last resting place, in the shadow of lovely shade trees and framed by a protecting wall. A beautiful bronze marker tells all who loved her, where she lies. Life began sadly for her, her mother’s death, at her birth, and the early death of her beloved father. Years of hard study, hard work, a rapid increasing family and her unceasing struggle to provide them with a home, took their toll- her one compensation in her lifetime was the love of her children for their mother. God rest her soul. God rest her memory.” –Viola Chenard