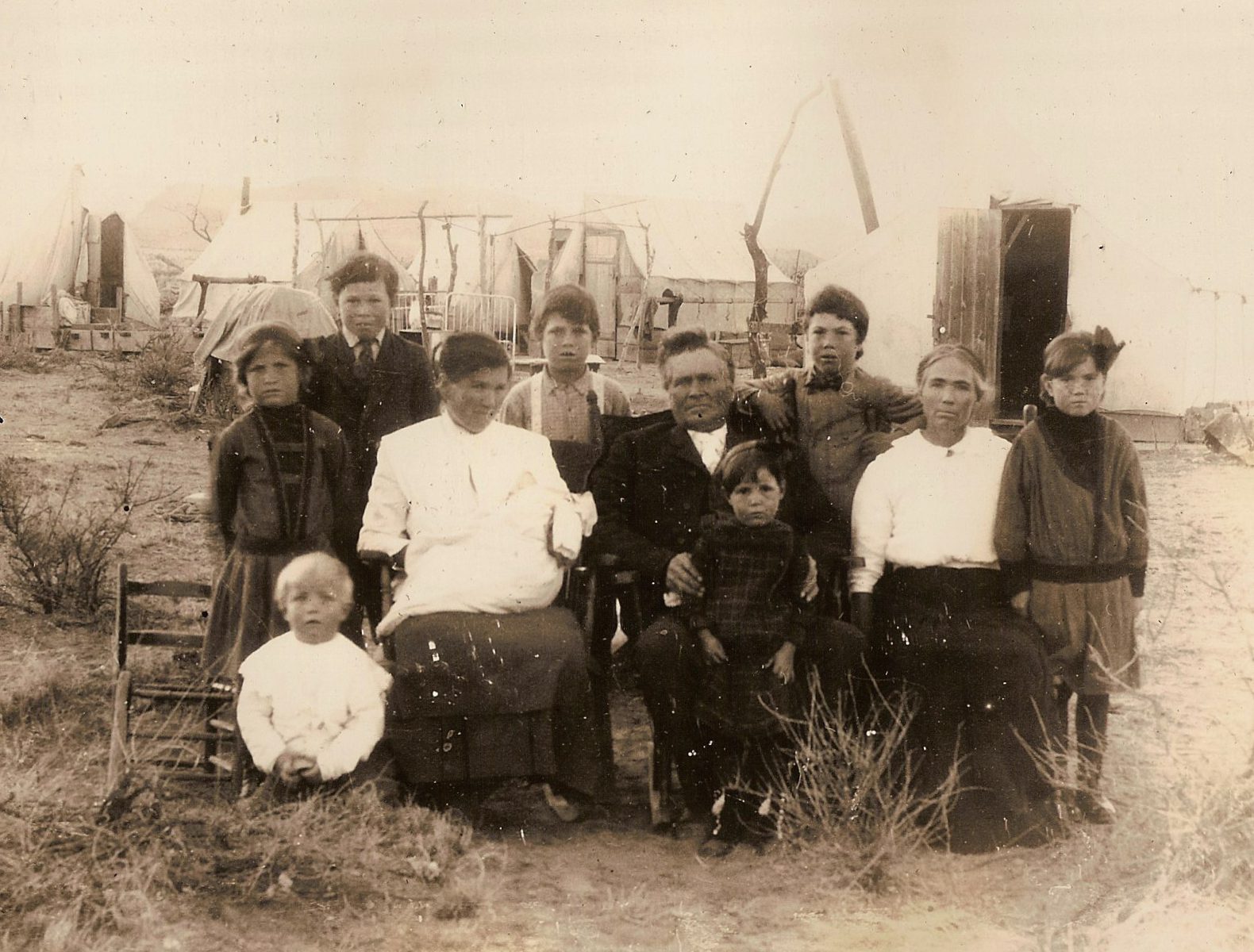 Daisie Stout was born August 23, 1884 in Rockville, Utah. She was a natural born United States citizen and yet before she reached even the middle of her life, she had been a refugee. She had lived in a government issued tent working tirelessly to barely subsist in order to keep herself and her family safe and fed. Daisie grew up in Utah, but then her family moved to Mexico when she was in her late teens. The Stout family moved for two reasons. First, they were in search of a better life with greater economic advantage. Second, the family hoped that a warmer climate might help Daisie better recover from the rheumatism that had plagued her since she was fifteen. Daisie was happy in Mexico. Her health improved and she met her husband, Charles Edmund Richardson, who was a prominent rancher and lawyer in the community. Their marriage brought her much joy, but she confessed in her journal that her joy was truly complete when she had her first son, David.

Daisie’s happy frontier life was interrupted by the Mexican Revolution. As tensions mounted between the revolutionaries and the ruling Mexican government, the American colonists tried to stay neutral. Despite the colonists’ efforts to stay neutral, both the Mexican government troops and the revolutionaries did not trust the Americans living among them. This mistrust was deepened when the US government ordered an understandable build up of troops along the southern border.  The rising tensions and  suspicion eventually turned to threats and then eminent warnings of violence. So, Daisie and the other colonists left their homes, towns and ranches in order to avoid massacre. Like most refugees, they left with little in the way of material goods because the trip was so sudden. The women, children and older folks rode wagons to the train station and then took the train across the border to Arizona. The men rode horses and drove the livestock across the border.

The refugees were very grateful to the United States government for the tents and rations that were supplied in order to give them somewhere to live and something to eat while they sorted out their lives. They wanted to go back, hoped to go back, but they never could. They had to start over. They did. Despite those years of hunger and want, Daisie eventually moved north to Logan, Utah where she settled in a comfortable little home and raised her children.

(Pictured: Daisie and her four children (one a babe in arms) are on the left. Her father, her aunt and some cousins complete the portrait. Notice the US government issued tents in the background.)