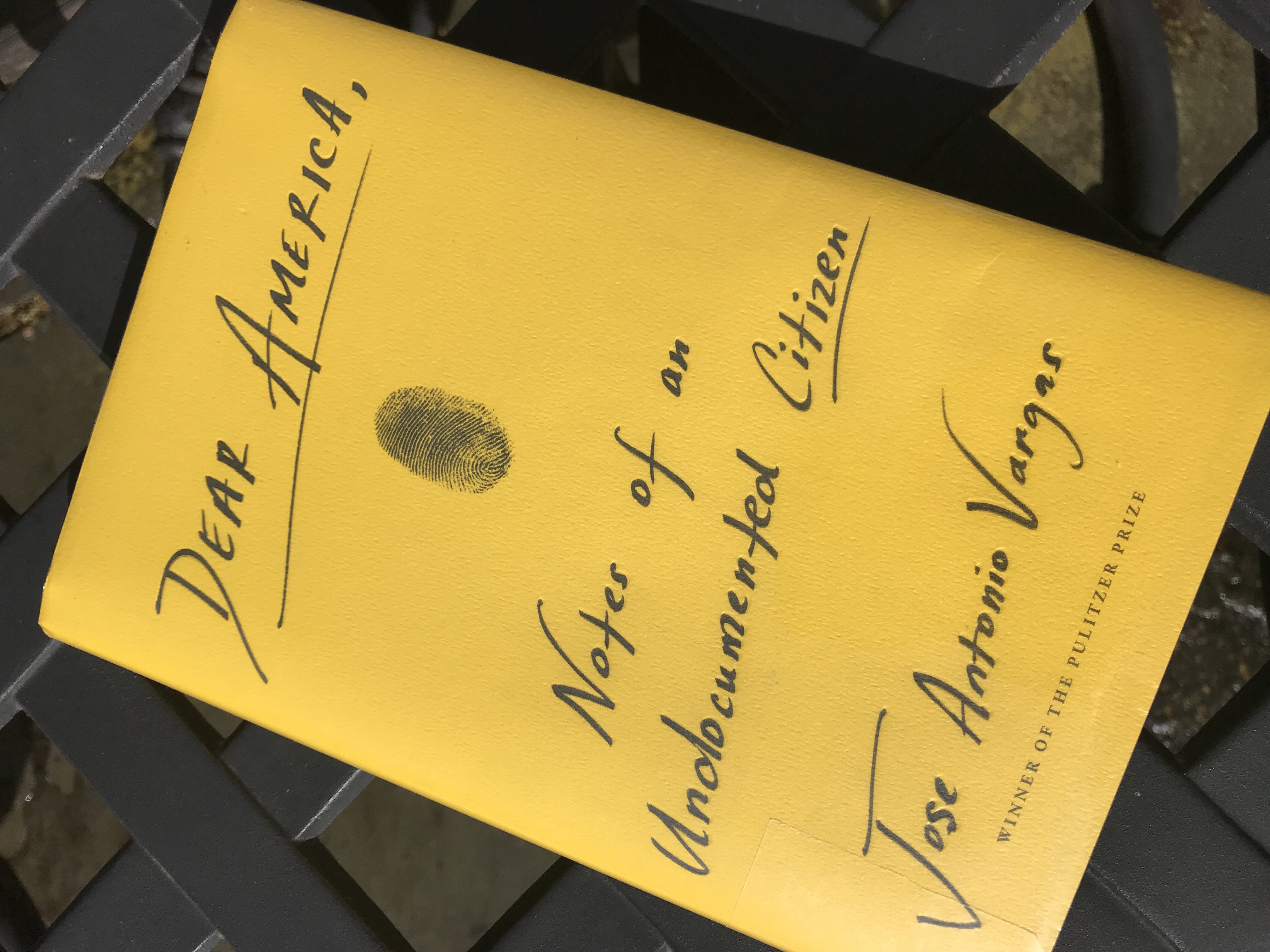 Is he an Activist with an Agenda? Or an Undocumented Immigrant attempting to Educate? You decide . . .

Jose Antonio Vargas, a Pullitzer Prize winning journalist, chose to out himself as an undocumented immigrant in an essay published in the New York Times Magazine on June 22, 2011. Since that day, he has spent much of his time and energy striving to share with those who will listen what it feels like to be him. Meaning, what it feels like to live in this country, the place he considers his home, but to not be a naturalized citizen or even a legal resident. He continues to share his story because he feels as though he represents a huge demographic in America: roughly estimated at 11 million.

Dear America, Notes of an Undocumented Citizen, is Vargas’ story in book form. Vargas details his arrival in America from the Phillipines as a twelve year old boy who thought he was immigrating legally. He shares what it was like to discover that he was actually undocumented and then what it has been like living in America without proper papers ever since. Vargas is very straightforward in admitting that his book is unabridged and is merely his attempt to tell his story and to share his feelings. His honest, colloquial way of presenting his case, helps draw the reader in while also educating the reader about current immigration policy in the United States.